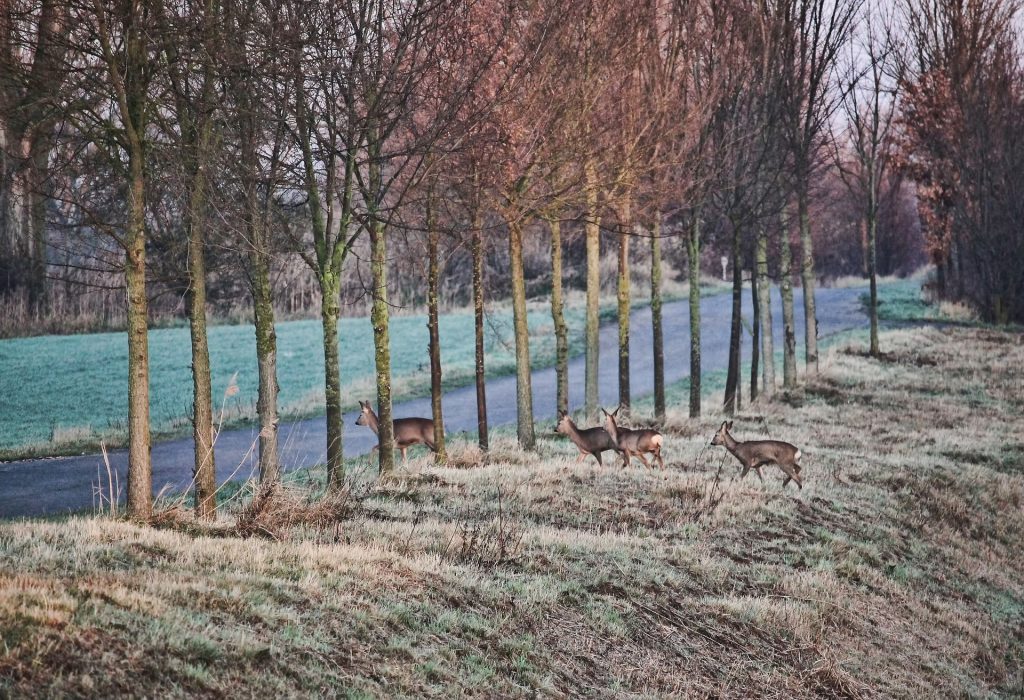 Watch Out for Wildlife!

Have you ever been driving through the forest early morning in the mist and suddenly a wild turkey runs out in front of you?  Turkeys are surprisingly large, and it can be quite a shock to round the corner and see one standing in the middle of the road.

This has happened to me on more than one occasion.  I’m the type of person that is always finding lost dogs or injured wildlife.  One time, I was on the way to a job site and all of the sudden two Bernese Mountain dogs ran out of the field in front of me while I was going 40 mph.  I followed them for half a mile at a snail’s pace and eventually helped get them home, avoiding harming the animals or causing a major pile up.  That was a funny call with 911 about why I didn’t have 2 giant dogs contained in my car on the side of the road – “Have you ever seen a Bernese Mountain dog?!?”

A few years ago, a friend of mine posted a picture on Facebook of 3 horses in the middle of the road on their way home on the rural roads after dark.  Same thing, they went around a curve and there they were.  (The horses made it home safely.)  Just the other day, 3 deer ran in front of my car on the way to pick up my kids from school.

The point being, if you live in Pennsylvania, your chances of encountering an animal on the road is extremely high.  These tips will help keep you and wildlife safe on the roads.

According to the Farmers’ Almanac, “The most important way to avoid collisions with wildlife is to slow down and observe the speed limit.  Give yourself more time to brake if an animal darts in your path, especially if you are driving in areas with high deer populations. Pay attention to those wildlife crossing signs! They’re posted in areas known for being active for wildlife encounters.” 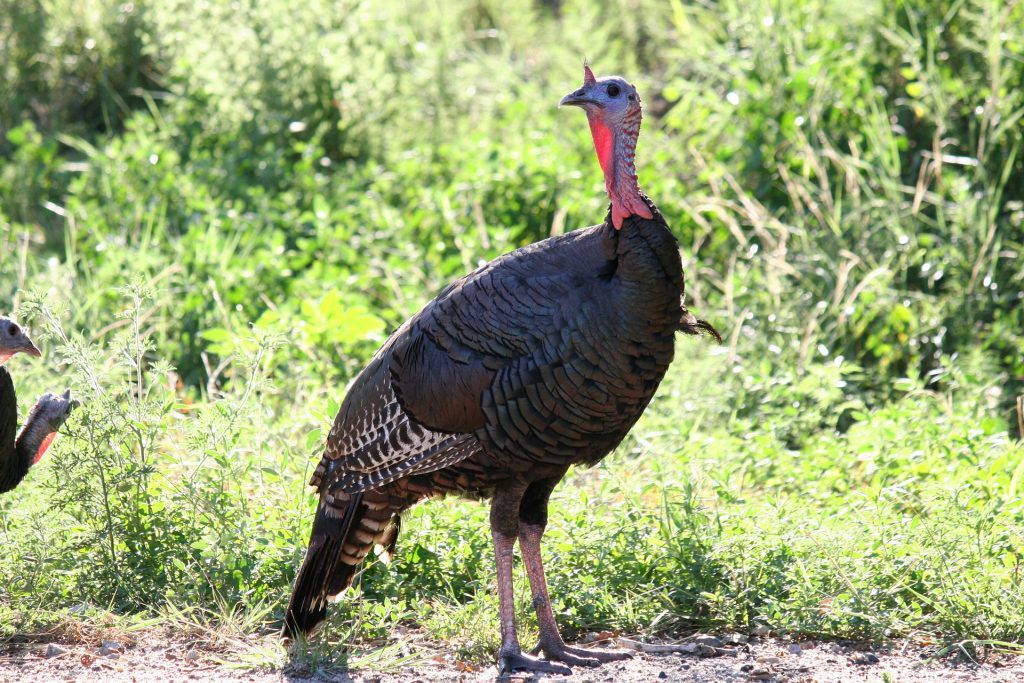 And don’t forget that deer, turkey, and other animals travel in herds.  If you see one, there’s bound to be a few more following behind, so slow down and be aware.  Peak times for wildlife travel are spring and fall.  Winter poses its own challenges with wildlife on the move for food.

Hitting a deer in PA is considered a no-fault accident.  Stay safe and be sure to call 911 if you do hit an animal.

Raptors like hawks, falcons, eagles, and owls are at high risk for vehicle collisions.  Often, the birds will wait on the edge of highways and roads, scanning the area for prey.  If you strike one, be prepared to help!

I’m very involved in wildlife rescue, and it’s important to know your resources.  If you strike a fox, raptor, or other small animal, getting them help should be a top priority.  Wildlife in Need, Bird Refuge of York, and Raven Ridge Rescue are great numbers to have saved in your phone.  These certified wildlife rehabilitators are on call 24/7 to help animals in need.  And of course, the PA Game Commission is a great organization dedicated to help preserve our wildlife.

WIN recently rescued a great horned owl from the side of the road after being struck by a vehicle.

The Great Horned owl was too injured to try to escape, so it was an easy capture. Suzanne then drove the owl to West Shore Wildlife Rehabilitation for evaluation and triage. As you look close at the photo of the owl in the box, you can see blood on the edge of the eye. This indicates that the owl has head trauma. Owls do fly low, and rely on their instinct to capture prey through hearing and sight. However, they do not know to look for oncoming traffic. Whenever someone sees an owl on the side of the road, they should stop in a safe place to see if it is able to fly off. If the owl or other bird of prey does not fly away, call WIN, stay in car and watch the bird, until someone arrives. This owl was really lucky to have a response team respond as quickly as they did.

For more info on how to safely help wildlife in need check out The Humane Society of the United States.  And if you, like me, have a habit of finding lost and injured animals, keep your local emergency vet and SPCA on speed dial.  Stay safe out there on the roads!  You don’t want to run into flock of ostriches on the lamb from a farm.